Or send us an email to [email protected]

We Would Love to Know About Your Wedding!

Please fill out the form below or send us a direct email to [email protected]
Our Packages Start at $1,997 USD. The Average Couple Investment is $2,499 USD.

Veronica and Vinicio met at a Disney magical story where two souls crossed twice to realize they were meant for each other. Vinicio  returned to Disney World knowing he would find familiar faces, but never imagined that he would find love in Veronica. After many failed attempts, Vinicio resorted to drastic measures to get the attention of Veronica and show her that he wasn’t the cocky seducer she thought he was so he could love her and give her his heart for the rest of his life.

This Hotel Presidente wedding video was made possible by the cinematographers of LoveWorks, Gabriel Remes, Iñaki Lopez and Julio Peña. 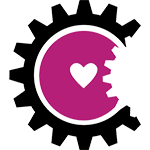 Weekly receive the best tips, deals and information about Mexico destination weddings in your inbox.

*by entering your e-mail address you confirm that you’re agreeing with our Terms & Conditions.

LoveWorks Weddings creates Wedding videography and Wedding Photography. Live Transmissions and everything related to safekeeping your destination wedding memories. Each wedding is treated with care and creativity not found with any other cancun wedding videographer.